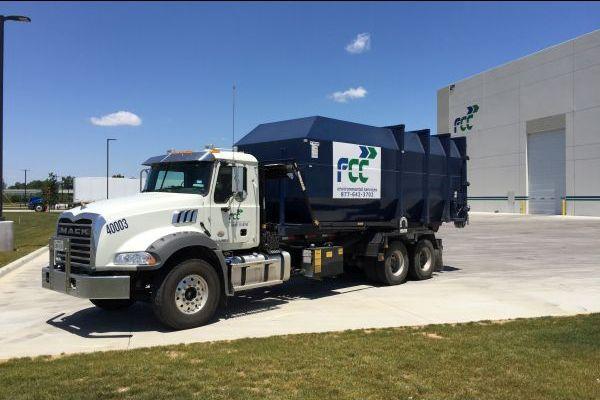 FCC Environmental Services (the US subsidiary of the environmental services division of FCC group) has been awarded three new contracts in the state of Texas, which increase the company’s order book by seven million dollars (6.12 million euros).

The first contract includes the management of all the bio solids for the City of the Garland’s water treatment system, including   transportation to the city landfill.

The second award signed by FCC, also with the City of Garland, considers the processing and marketing of all the recyclable material   for the Garland Independent School District, which  encompasses a total of   68 schools and more than 56,000 students.

With 235,000 inhabitants, Garland is one of the ten most populated cities in the Dallas-Fort Worth metropolitan region. Since 2016, FCC also manages all the recyclable material generated by the Garland residents, approximately 10,000 tons per year, which are processed and recovered in the recycling facility that the company has developed in the city of Dallas.

Finally, FCC has also been awarded the contract to process all recyclable waste from the Texan city of Lewisville during a term of nine years including extensions. With a population of 106,000, Lewisville is one of the fastest growing cities in North Texas, with great development potential. Through this agreement, FCC will recycle and market all recyclable waste in the city, approximately 5,500 tons per year. This process will be carried out in the aforementioned facilities of FCC in Dallas, awarded in 2017 as the best recycling plant in North America. It is an automatic selection plant of the latest technology, where the most modern separation and classification techniques are applied, including artificial vision and  optical and gravimetric sorters. The installation classifies by category all the recoverable material that is collected mixed in the single recycling container. With this facility built by FCC, thousands of tons of paper, cardboard, glass, plastic and metals generated by citizens, can be returned to the market for a new productive cycle.

To date, there are 10 contracts signed by FCC in the state of Texas, and a total of 12 in the US.

These new awards bring to ten the number of contracts signed in the state of Texas, where FCC will become the state's main recycling company when its new recycling facility, with a capacity of 145,000 Tons per year, starts operations by March 2019, thanks to the contract recently awarded by the city of Houston for a period of 15 years. In the last four years, there are 12 contracts signed by FCC in the United States, including two large contracts awarded in Florida. FCC has accumulated a total order book value of more than 900 million dollars in the US, delivering services to more than eight million Americans.

All of these contracts mean for FCC the consolidation as a service providing company in North America, helping to capitalize on this market its more than 100 years of experience in the environmental service industry throughout the world.