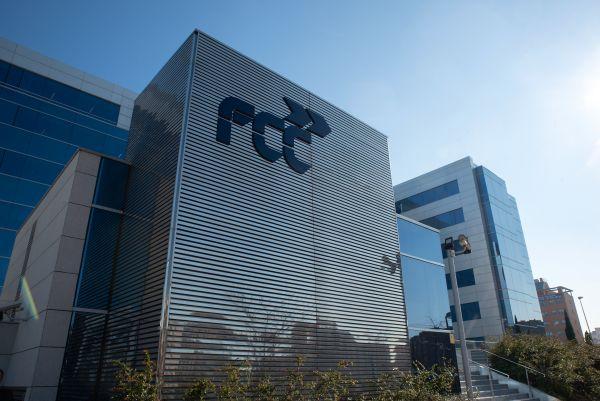 In the first six months of the year, the FCC Group improved its gross operating profit (EBITDA) by 14% to €603.2 million. This performance reflects operating discipline and sound activity in the vast majority of the business areas.

The positive turnover of €3,584.4 million is 13.1% higher than the same period of the previous year, thanks to the positive performance throughout all the activities, highlighting a greater dynamism in the Environment area with an increase of 12.3%.

Net operating income (EBIT) amounted to €382 million, 18.2% more than in the same period last year, as a result of solid EBITDA performance.

Net attributable profit in the first half of the year was €226.6 million, 2.5% lower versus the same period in 2021, explained by the increase in profit attributable to minority interests.

At the end of the first half of the year, net financial debt stood at €3,595 million, 369.3 million more than at year-end 2021. This increase is mainly due to the purchase of the company that owns and operates the end-to-end water cycle infrastructures in the capital of Georgia, at the beginning of the year, and to the acquisition of a minority stake by the Real Estate area last June.

FCC Construcción strengthens its international portfolio to 3,474 million euros at the end of the first half of the year

In March, the consortium in which FCC Construcción holds a 50% interest was the first bidder for the construction of a suburban railway line (RER-3) in Toronto. The contract includes the design, construction, operation and maintenance of a commuter rail network. The project has a total budget of more than 4 billion euros, though notably the award and contract performance phase will be progressive based on the agreement reached between the parties, such that only contracting for 170 million euros has been considered. Hence, the final award is expected within the next month or two, so that the operation and maintenance phase can commence in the second quarter of 2024.

Furthermore, in Norway, FCC Construcción, in a 35% consortium with other firms, was awarded the design and construction of the Sotra Link project. Its project involves the construction of the RV 555 motorway, which will link the island of Sotra with the city of Bergen. Sotra Link is part of the Sotra Connection PPP project and is the largest road infrastructure contract in Norway, with an overall budget of more than 1.2 billion euros to be implemented through a public-private partnership model. Lastly, in June, a consortium led by FCC Construcción won the contract to build the first tunnels for high-speed and freight railways, as well as the 28-kilometre-long underpasses in the new city of Neom (Saudi Arabia).

The FCC Medio Ambiente subsidiary that provides integrated waste management and recycling services in the United States has been awarded several new contracts: in April, the renovation and operation of an environmental complex for the treatment of municipal solid waste in Placer County, California, which represents a portfolio of some 1.5 billion dollars for a 10-year term and two possible five-year extensions. The complex, with a capacity of 650,000 tonnes per year, will be one of the largest plants of its kind in the world. In addition, last May it won the contract for the residential collection of solid urban waste in the city of Port Saint Lucie, Florida. The contract, which will start on 5 September, involves a portfolio of more than 270 million euros for a seven-year term with a possible extension of three more years.

FCC Medio Ambiente enhances its presence in Spain with contracts worth more than €1,800 million

Also in relation to treatment, in March the joint venture in which FCC Medio Ambiente holds a 29% interest was awarded the contract for the management of the waste complex on the island of Tenerife, for an attributable amount of 107.7 million euros and with a contract term of 15 years, extendable for a further four years.

In February, the consortium led by Aqualia (45%) and comprising other international groups was awarded the public tender for the management, operation and maintenance (MOM) contract for the integrated water cycle facilities in the southern regions of Assir, Jazan, Baha and Najran in Saudi Arabia.  The South Cluster, whose water services will be managed by the consortium for a term of seven years, brings together four provinces and is home to a population of more than five million people in an area spanning more than 200,000 km2. The revenue backlog associated with this contract exceeds 60 million euros.